Tell us about yourself: 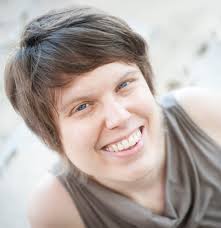 What makes you leap out of bed?
I’m not a morning person but I’ll stay up late to talk about feelings. I really love emotional processing, whether it’s work I’m doing for myself or supporting a friend or family member.

What did you dream about when you were 8?
Building the biggest fort ever. My neighbors, my brother and I used to pin sheets together and use one of those big square shaped fans to inflate them. We’d pin the sides down with books and crawl inside.

What do you dream about now?
Finding balance in my life, self-care. I’m pretty much a workaholic, who was raised by workaholics. So I’m trying to undo those deeply ingrained patterns. It’s hard.

What advice would you give your younger self?
You don’t have to be perfect. (I need that advice now too).

What is your most marked characteristic?
Hmmm, this is a hard question to answer about myself. I’m not quite sure. Indecisiveness? Hah!

What do you consider your greatest achievement?
Right now Radical Grace feels like a pretty big achievement. I look back on the last 5 years of working on it and everything that had to come together to make the film what it is. It still kind of boggles my mind that we made this beautiful unwieldy thing called a film.

What do you want to be remembered for?
Being there for people.

What is your motto?
I try to remember to “seek wholeness, not perfection” (Reverend Victor H. Kazanjian Jr).

Tell us about your work:

How did you become a filmmaker?
I took a documentary photography class for several years in high school and loved it. Then, in college, I took a class called “making anthropological video” where I got a taste of what it takes to make a documentary film. After graduating, I took community classes to learn more about the tools of the trade, did an internship with a documentary production company in Chicago, and began making min-documentaries for nonprofits (which I still do through my company InterchangeProductions.com).

How did you get started with Radical Grace?
I’m one of the “nones,” part of a growing demographic of religiously unaffiliated millennials. So I could never have predicted that I’d be making a film about… nuns. Back in 2011, I didn’t set out to make a film about religion. What became Radical Grace started out as a project documenting unique acts of social justice. That’s how I stumbled into the amazing work and life of Sister Jean Hughes, who was working with people after they were released from prison. Before that, my image of Catholic nuns was drawn entirely by Hollywood. I thought they all wore habits, lived a cloistered life of prayer and ritual and were very conservative. Sister Jean exploded my stereotypes. Her passion for justice, and deep, irreverent spirituality had me hooked.

What is your “why” behind it – why this film, this story, this message?
I realized that the story of women like Sister Jean, who approach social justice work as a spiritual practice, was something I wanted to learn from and share with the world. I realized that even though I don’t consider myself a religious person, the most spiritual I have ever felt is when I’ve participated in social justice work. So after interviewing hundreds of nuns around the country, I decided to follow the stories of two more incredible women: Sister Simone Campbell (Nuns on the Bus, NETWORK) and Sister Chris Schenk. And just as I met them, we heard shocking news: The Vatican was reprimanding US nuns for “radical feminism” — for focusing too much on social justice work and not towing the line on homosexuality, reproductive healthcare, and women’s roles in the church. This lead to another question: What does it mean to be a feminist in a patriarchal institution.  One of our subjects, Sister Chris Schenk is an activist for women’s full equality in the Catholic Church. I was enthralled when I met Sister Chris because it had never even occurred to me that activists could work to reform a religious institution from within. It feels silly to say that now, but I’ve realized that I had been duped by conservative religious leaders who maintain power by perpetuating the myth that in order to be a person of faith, you must share their beliefs.

What is the message you want people to take away from the film?
We’re developing partnerships, training modules and resources focused on the goals of (1) fostering women’s leadership in religious institutions and (2) helping more people follow their inner-calling to act for justice.

How can our community support you?
If you are part of a community organization or educational institution that would like to screen radical grace, we’d love to partner with you. Learn more and sign up at http://radicalgracefilm.com/screenings.

Do you have any advice for budding filmmakers?
Directing an indie documentary is all about persistence. Whether it’s securing buy-in from subjects or raising money, we may be told “no” more often than “yes.” In crafting the story, we go through a long phase where it doesn’t work [until] it does. So in every respect, it’s all about holding onto our vision. We have to keep working, keep asking and keep tweaking until that vision is realized. As women, we’re often socialized to be acquiescent. Personally, sometimes I feel like I’m being rude or annoying when I’m pushing to make something happen. And maybe some people will see it that way, but I work hard to resist that feeling and push forward with what I need to get done. 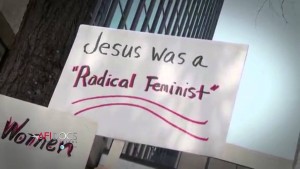 The nuns in your film were labeled “radical feminists.” What is your definition of feminism?
I think fundamentally it’s about gender equity. And that means equity for all women, across lines of race, class, nationality, sexuality…everything. But it’s not just “add women and stir.” It’s also about changing the dominant paradigms of how we interact in the world. It’s about moving towards a more caring society and understanding how we are all interconnected.

Why is feminism still viewed as radical?
Because it challenges the dominant paradigm for how society is structured. Also because there has been a smear campaign against it, to classify it as “radical” in a negative sense.

Why is feminism important to you?
The more we can support ourselves and other women to thrive, the better off the whole society will be.

What are the biggest challenges facing feminism?
Gloria Steinem said that “religion is the biggest problem facing feminism today.” I would get a bit more specific and say that sexist theology is  a huge problem. Religion isn’t inherently sexist. That’s why I think it’s important to tell the stories of empowered women like the sisters in Radical Grace. Every step in diminishing the power of sexist theology, is a step towards improving the lives of millions of women around the world.

What is one thing we can all do today to promote feminism?
I do think it starts with our own consciousness in exploring the ways we have internalized patriarchy. Even though I don’t necessarily identify as a Christian, I got goose bumps the first time I attended a Catholic women’s ordination ceremony (Catholic women who are ordained as priests and those who attend the ceremony, are considered to be automatically excommunicated by the institutional Church). Seeing women up there on the altar, was deeply affirming for me. I didn’t realize how moved I would be or how deeply I had internalized the idea that priest = male.

We can’t stop with our own conscientization though. We also need to reach out and build community with others who are doing the work for change.

If you could inspire one change in yourself, what would it be?
To allow myself to slow down. Sometimes I get so intent on maximizing every opportunity that my personal needs drop out of the picture.

If you could inspire one change in the world, what would it be?
That we would all realize that we are interconnected on a deep level. If we truly knew that, everything else would fall into place.

Where do you look for inspiration in your daily life?
My two year old son inspires me. Living in the present moment is so natural for him as a toddler. When I’m with him, i get to experience that same presence.

Who inspires you?
Sister Jean, one of the participants in Radical Grace is a huge inspiration. She truly is the most loving, authentic and funny person I have ever met.

Want to share a quote or a poem or a song lyric that inspires you?
In one of our film interviews, Sister Jean said something that I haven’t been able to get out of my head. She said, “everyone’s life is a ripple effect and even when they’re gone, the ripple keeps moving.” I like to think of myself, as part of Jean’s ripple. 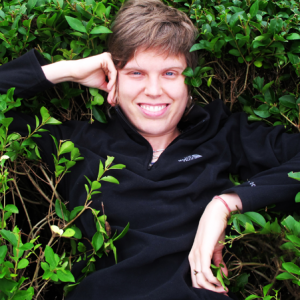 What is your greatest fear?
That I won’t figure out how to live a balanced life. That I’ll be a workaholic forever!

What has been your greatest life lesson?
Relationships matter more than success. This seems obvious, but I often find myself prioritizing my to do list over the people in my life. So I need constant reminders to structure my time in accordance with my core values. I decided to film with the sisters because I knew they could help me learn this. They are masters at balancing their spiritual well-being with their work for social change. They have the deep wisdom that these two things are not separate and that both are diminished when one is sacrificed.

What matters most to you?
Family and community.

If you had the world stage for one moment, what would your message be?
Love.

Thank you for the inspiration. xo, muse

Mobile version: Enabled
Back to top

Use the search box to find the product you are looking for.

No products in the cart.

Questions, issues or concerns? I'd love to help you!